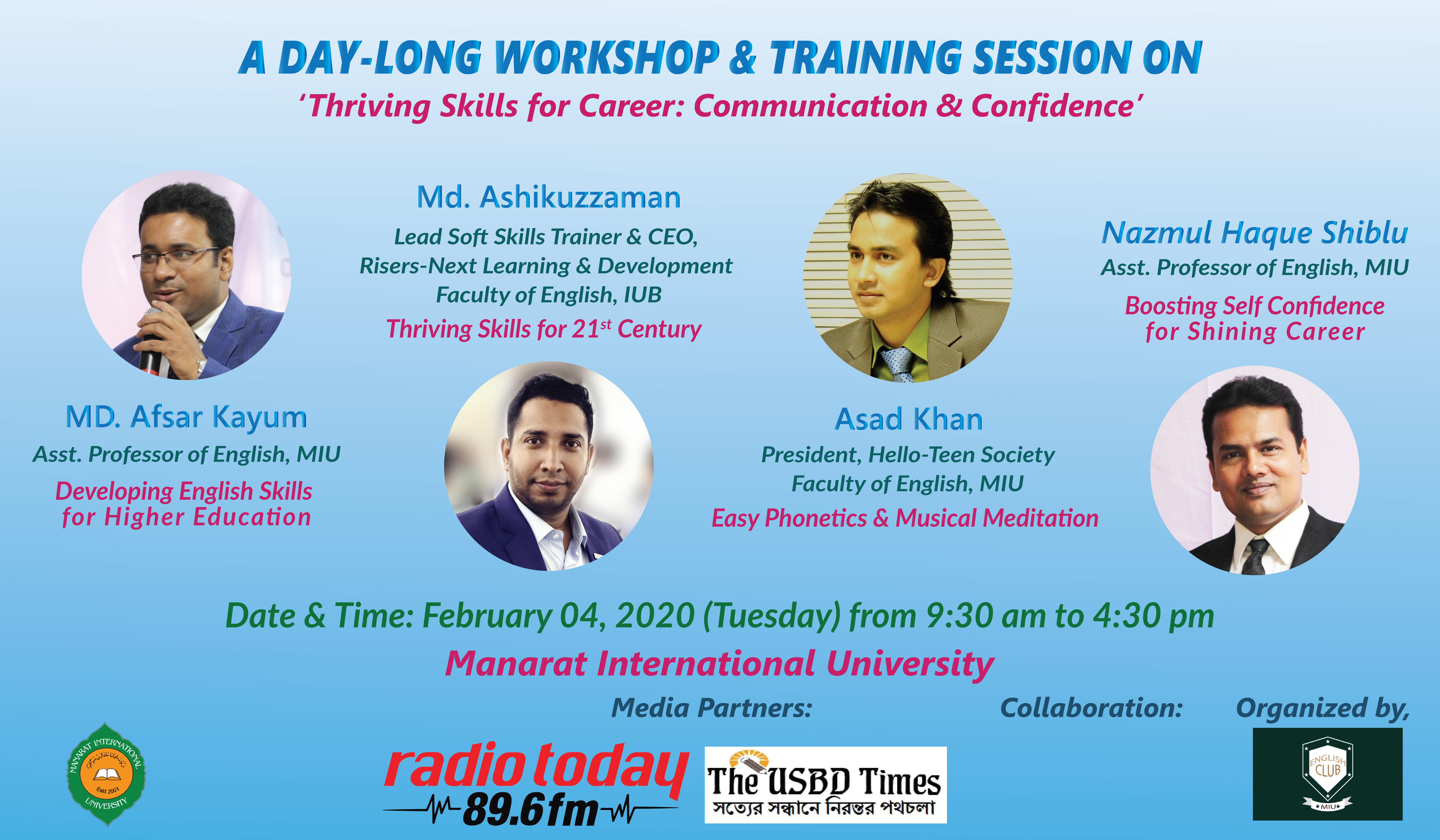 A day-long workshop and training session titled “Thriving Skills for Career: Communication and Competence” was held at MIU Ashulia Permanent Campus. The program was organized by the MIU English Club (Ashulia) in collaboration with the Department of English at Manarat International University (MIU) on 04 February 2020 in its permanent campus auditorium. A session titled “Developing English Skills for Higher Education” was conducted by Mr. Afsar Kayum, Assistant Professor of English at MIU. Mr. Md. Ashikuzzaman, Founder and CEO of ROELC was the guest speaker who conducted a very inspirational session on “Thriving Skills for the 21st Century” and responded to pertinent inquiries of the spectators. Mr. Asad Khan, Assistant Professor of English, MIU and Convener of MIU English Club conducted a spellbinding session on “Easy Phonetics & Musical Meditation”. Mr. Nazmul Haque Shiblu, Assistant Professor of English at MIU conducted another remarkable session on “Boosting Self Confidence for A Shining Career” which was enthralling to the viewers.

Mr. Md. Hafizul Islam Mian, Treasurer & Vice-Chancellor (Acting) was the Chief Guest of the program. Professor Dr. M. Korban Ali, Campus In-charge of the Permanent Campus and the Dean of the School of Engineering, Science & Technology was the special guest in the program. The program was presided by the Head of the Department of English, Associate Professor Mr. Ahmed Mahbub-ul-Alam. Besides, the faculty members of English and other departments were present in the program. Director of PR Mr. Abdul Matin and PRO Mr. Rafiqul Amin were also present in the program. Radio Today, The USBD Times and Hello-Teen were the media partners in the program. A number of 190 students spontaneously joined the program.